Yesterday we said goodbye to Bermuda after two awesome years. The past 6 weeks has been an emotional rollercoaster as only the America’s Cup can be. The highs, the lows, the pack up, the goodbyes all so intense.

Last night we arrived in Nanny Cay (British Virgin Islands) to begin the next  adventure on our Lipari 41 Cat. As we rocked up at the marina in a taxi with two sleeping kids during a torrential down pour I’ll admit I was nervous to say the least. However, turns out agreeing to buy a boat I’d never seen has panned our pretty damn well. Smiles all around as we boarded our new home. 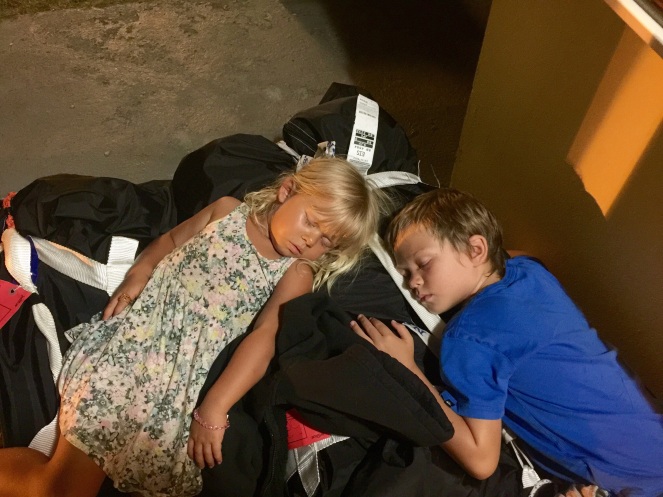 Today was was all about getting the kids settled. Just us….all day….together. I think the last time that happened was due to a hurricane! We stashed all the useless junk that it was really important to bring 24hours ago & hit Nanny Cay pool & beaches. Day 1 rocked. Tomorrow it’s time to go sailing.

Each blog we’re keen to not sugar coat this experience completely, so will give you a taste of the not so great…