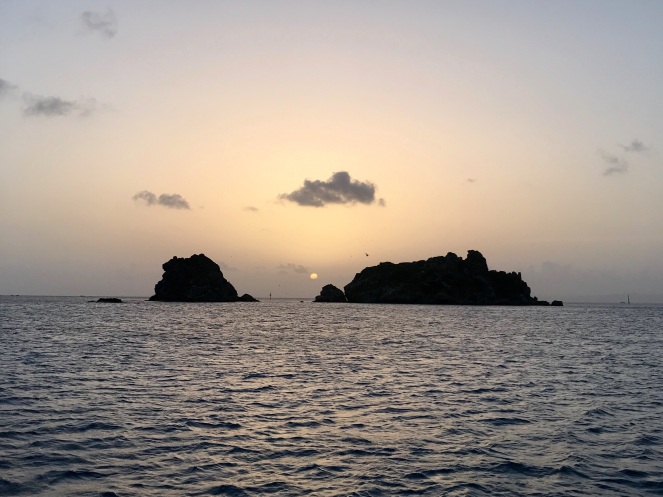 Fille de Joie arrived in St Barts last week after a 3hour trip from St.maarten. We had 6 nights sleeping well on anchor in the harbour. Despite a minor faux pas when we first anchored in 40ft of water & I tried to grab the anchor chain as it jumped out the windlass all was well & I still have my hand. What was I thinking???!! Pleased we fitted the big anchor in the very early stages.

Upon checking in with customs we discovered we’d died & ended up in a French heaven. Full of beautiful people, stunning views, beaches, waves & food, St. Barths sucked us in for longer than the planned 36hrs. 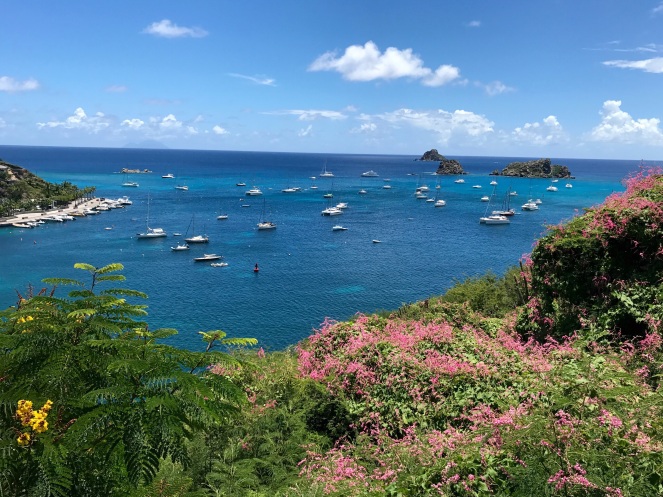 Slightly cross that my 13year old self rebelled against my former French teacher Father & took German. All that comes to my mind when I try to speak is Italian. The kids enjoyed putting Madame Carde & Madame Lee’s work into practice & Harry’s little accent was very cool to hear.

St.Barths is stunning & just the kind of place that draws you in. The quaint streets of Gustavia with all the chic you’d expect from the French. There are way to many beautiful people for 1 place. The mild draw back is the price tag. Fortunately my accompanying social hand grenades made it impossible to even window shop. Though I did “run” around the town bright & early one morning just to gawp in a few windows. The things I now do for some alone time!

We met a fantastic couple & their daughter Hayley at “Le Plage” near the airport as we dodged the planes coming into land. We headed back to their stunning rented villa for dinner. I was inspired by the 102 marathons John had completed- this was not music to Chris’s ears!!! However, getting any exercise in is proving to be a challenge. Definitely a downside for me at the moment.

Taking our first sailing guests out was also an experience. I felt awful for 2 of our guests who were not appreciating the considerable waves. The 25-30knts with big swell on the way home from “Isle de Forchue” wasn’t the best for non sailors! However, the octopus whisperer did his thing again & I think that, swimming 100s of metres with turtles & stingray helped offset the seasickness! We were thrilled to meet such a great family.

Harry’s been getting his surf on at a local spot called Toiny. Bit of trespassing to access the beach & the exit was only possible after holding up a few bulldozers. Super cool to see our 7 year old paddling himself into 3-4ft open faces. He wasn’t that impressed by snapping his leash on a decent sized set & was pretty devastated that his beloved board “Stump” ended up on the rocks. But Daddy saved the day & even the board survived to surf another day. The surf has been perfect for Harry, he’s riding waves on reefs and generally seems to have very little fear. Some amazing time together with Daddy.

We arrived in Antigua yesterday afternoon. The sea state was pretty bumpy but not enough to put Harry off his Harry Potter obsession. Not much brekkie to keep down as our spare gas tank seemed  to have a faulty regulator. Have no fear there was caffeine at 0430 though. 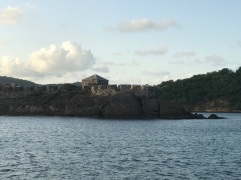 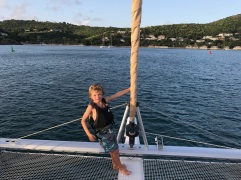 I’m pretty excited at the prospect of seeing Sarah Hayward & family from Bermuda. Possibly one of the funniest ladies on the planet & I’m sure she might share a glass or 2 of vino with me-yay!

Nearly forgot to mention there was potential for a tropical storm setting up in the Atlantic. We were planning to hide in English Harbour, if it was good enough for Nelson it’s good enough for us. Fortunately though it looks like it’s fizzled out.

-Homeschooling is do-able. Harry’s maths will be better than mine soon. 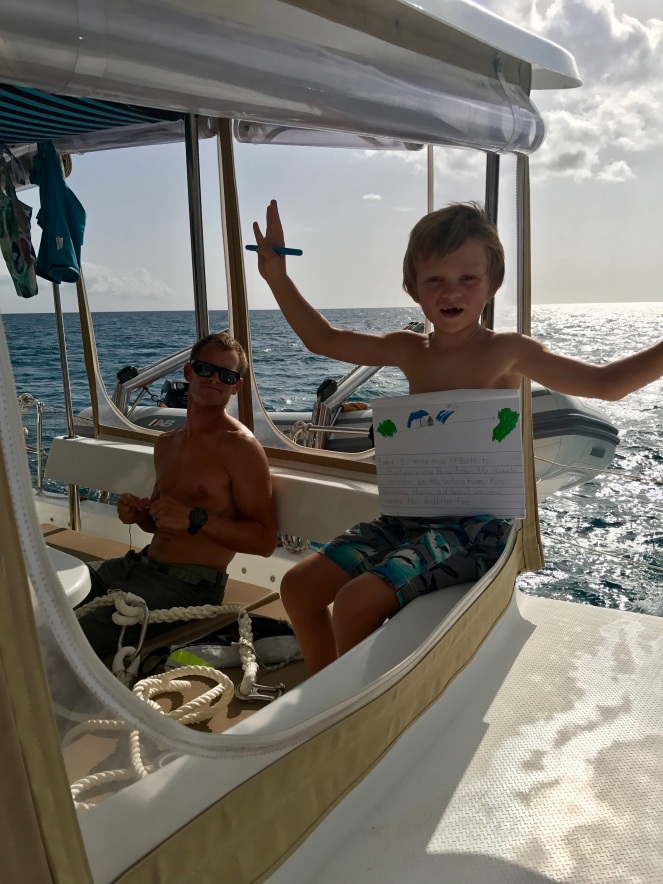 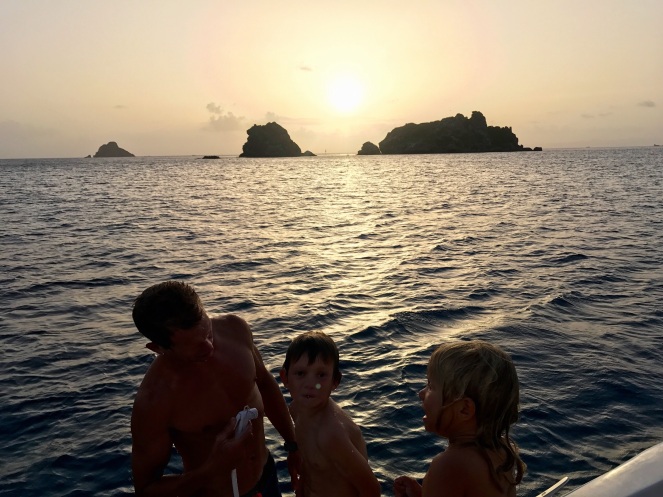 -Remora fish are epic if your boat bum needs a clean. I’m hoping they ll hang out with us for the foreseeable.

-Fridge tetras is an actual game. I’ve been known to weigh up access to ingredient vs actual taste value. Sod it sometimes it’s not worth it!

-We’re mastering the wedge, which is outwitting the seastate by fixing oneself into a corner of the galley or anywhere else whilst sailing.

-Never did I think I’d dream of owning a household appliance!! Hand held dyson I think you’d change our world.