We had very happy Easter with family & friends as 4 very excited kids went scampering around a little beach in Deshais, Guadeloupe in search of Easter treats!

We then took our new crew of family Ward in search of volcanoes in Montserrat. Where not 1 but 3 volcanoes awaited us. We pulled up & anchored off Rendesvous bay after a 5 hour sail downwind. A poorly 2 year old didn’t stop family Ward enjoying the first cruise & their eldest Jack (5) fell quickly in with Lily, though they aren’t in love apparently. 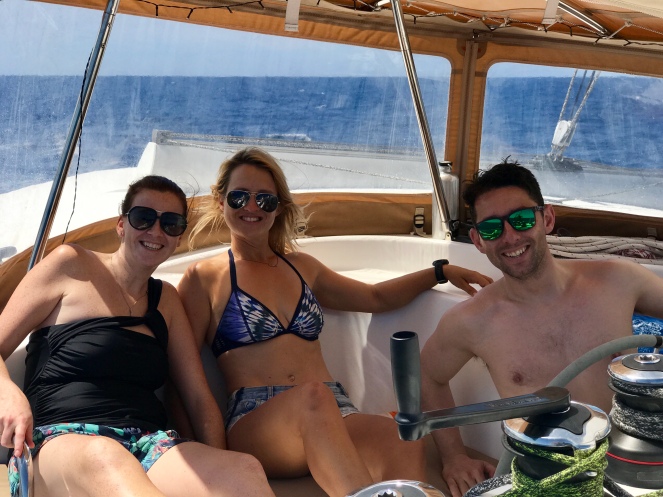 A jump in to snorkel and explore the busy reef before sunset was the perfect end to a busy day. Slightly worried Lily would knock off her respiratory drive I had to keep reminding our part mermaid to breath…always useful.

Despite the bank holiday we were stunned to meet the Caribbean’s friendliest port authority & immigration team! Montserrat quite literally rocked.

Levels of organisation were high for team Ward & we’d even pre arranged a island tour with Joe Phillips. A local legend, who is obviously very passionate about his Island & the history of the world renowned volcano that wiped out 2/3 of the island and busy thriving communities during our lifetime. We made a trip into the exclusion zone and now deserted capital city of Plymouth which has been buried under a mountain of ash following successive eruptions over 20+ years. 4 story buildings, hotels, businesses, churches and the capital Plymouth have been engulfed since 1997. A whole golf course, roads and bridges were buried and swept into the ocean in a mudslide in 1997. Parts of the island have been extended hundreds of metres by the flow of material into the sea. 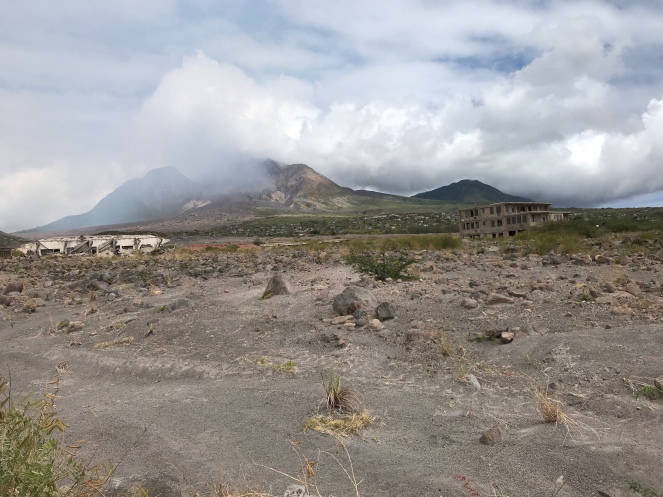 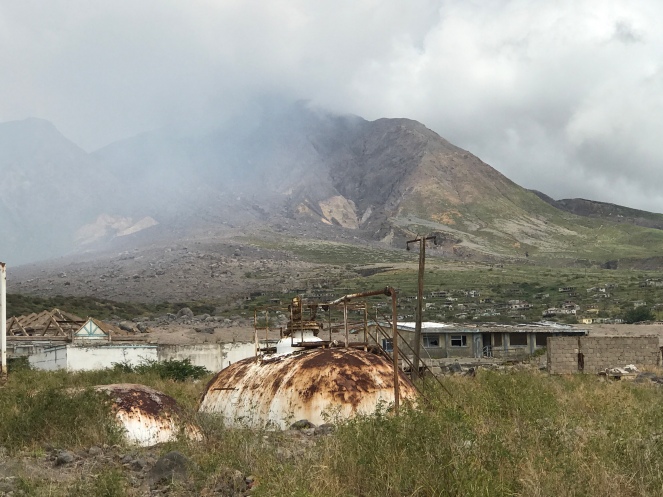 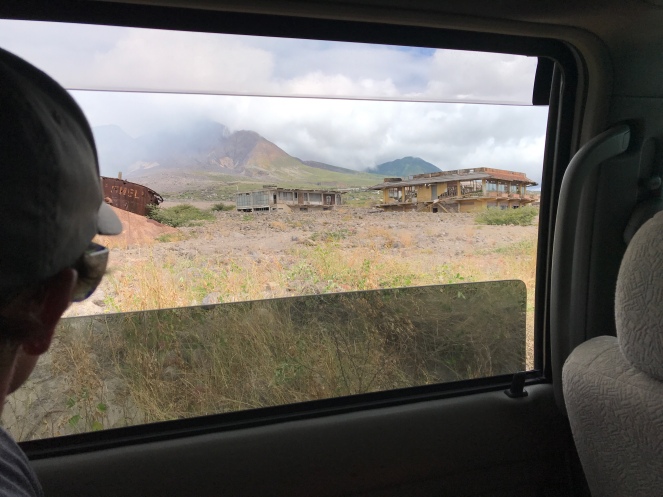 Joe’s before and after shots help set the scene & highlight the devastation & full force of nature. Scientists initially believed the dome formation & collapse cycles which see 2 container loads of lava produced every second would stop after 5 years. 20+ years later none of the criteria for rendering the volcano inactive have been met. The magma chamber is still growing despite no recent dome growth. The observatory was a particularly exciting visit for me. It reminded me that as a teenager I wanted to be a volcanologist! The last major dome callapse and eruption of the cauliflower shaped plumes of pyroclastic flow occurred in 2010. Travelling a 100km/hr the gases, rocks and firey hot debris destroyed everything in their path. 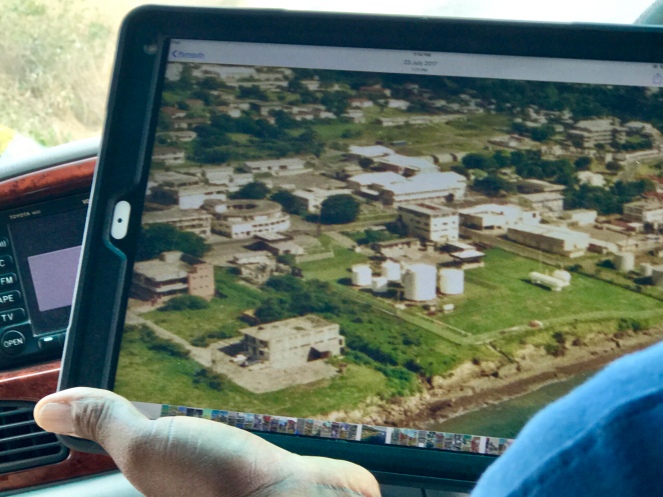 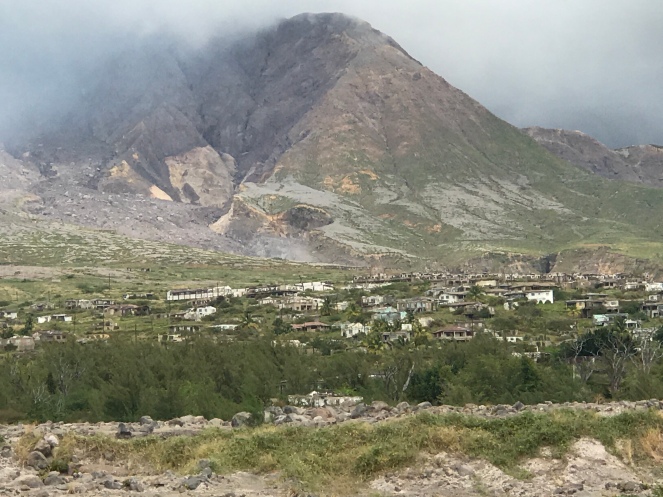 It was a surreal experience and great geography lesson when we could get Harry away from having his nose in his kindle. Pretty tricky to appreciate the sometimes subtle changes to the landscape if you’re a kid. Particularly hunting for glimpses of houses. Jack remained amazingly attentive as-long as he could but for the 2-5 year olds it was a big day!

A beach bar trip was a welcome end to the day before a quick wakeboard to burn off some energy. Just before sunset we decided to make the night sail downwind to St Barths. This approach seemed a lot fairer on the kids, especially as poor Jack was coming down with his brothers bug. 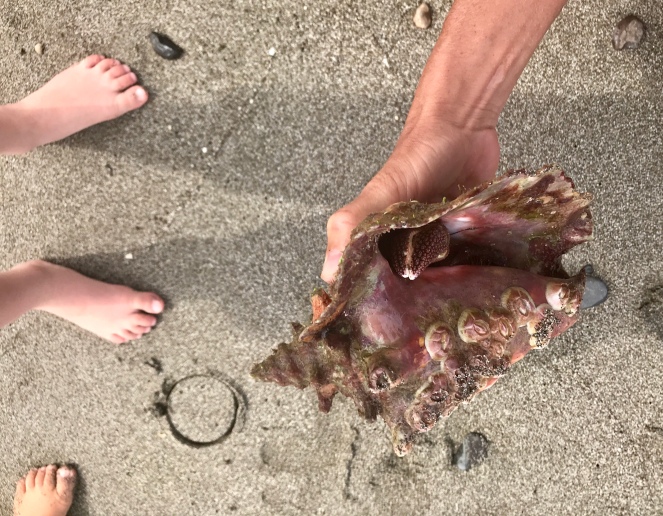 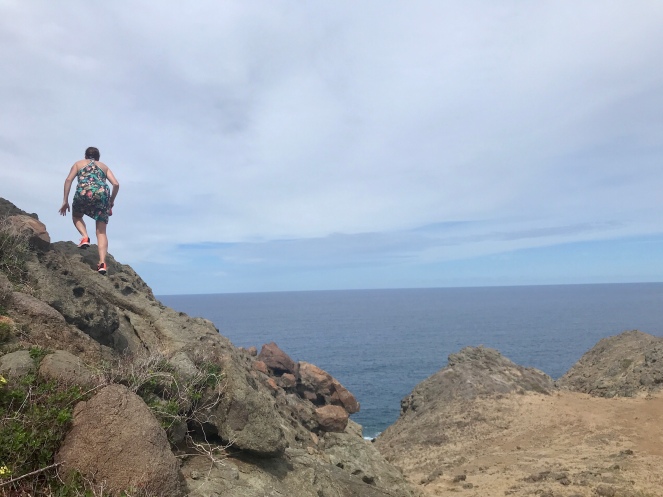 Pulling into Isle de Fortune for breakfast we were pretty happy with our night crossing call & so we’re the kids when they could bomb in for a snorkel with an array of fish, stingray, turtles and a reported nurse shark sighting. Poorly kids had a chilled day & made attempts to bounce back with a lot of hydration & calpol. A good night sleep for all was just what the doctor ordered.

Exploration of St Barths then commenced.

The kids have wandered around the streets of Gustavia with all its finery, they danced on tables over lunch in Nikki’s like any self respecting under 7s and chilled out at Shell beach, which is some feat as it seems to have its own climate 5degrees C above elsewhere on the Island. I may have used 1 of my self allowed 10 alcohol tickets for the year after nearly 3 months off the booze. But the couple of cocktails were worth it with great friends.

Whilst St Barths is mostly in full swing evidence of last year’s devastating hurricane season are still evident in corners of the island. As it is such a wealthy island the bounce back has been quick but a few hotels are yet to reopen & a walk to Toiny beach or Grande Cul de Sac reminds you that a lot of damage was done. 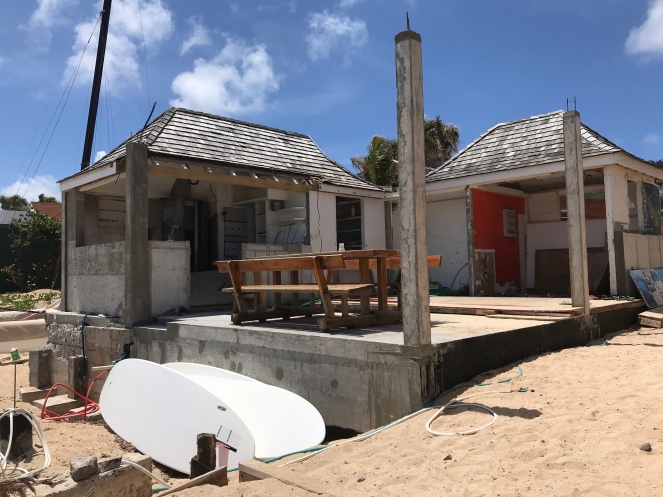 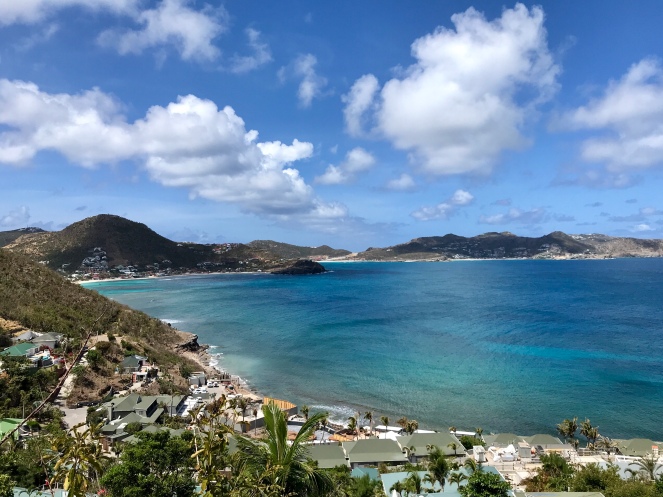 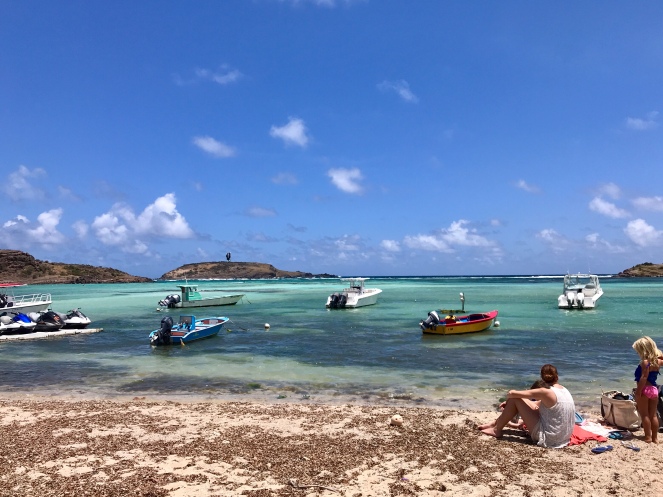 Captain Chris fitted in Hobie cat tours with the full rabble of kids off St Jean beach. Many a screech of delight was had. Wardy met up with “Serial divers” and passed the diving mantle onto Katie & myself promising us sights of spotted eagle rays, sharks and barracudas. We both got our dive back on after many years hiatus. Emmanuel was a fab instructor. An hours dive around the rocks off Gustavia gave us plenty to see and time to get our skills back up. The first of many more dives on this trip I hope.

Wardy had very kindly taken charge of the 4 kids for the morning as Chris was racing in Les Voiles St Barths. Whilst Katie & I did our dive, the kids spotted nurse sharks off the dock, skate boarded and caused mischief. None gave Ward the runaround as much as Theo -captain Chaos himself. My new favourite 2 year old. Wanting to fish gaze a bit more gravity got the better of him & he took a full dive off the dock quickly followed by Ward! Cheers came from the other 3 for great dives! The morning continued in a similar vein with a trip to the race village. The kids returned with dog poop on their flip flops due to some irresponsible dog owner….or was it?! Turns out Theo’s morning was epic! Wardy then continued Hasslehoff style rescue missions most of the afternoon as he dived in for various paraphernalia.

Flamingo float delights, croissants and ice creams sealed off a banging 10 days. The Wards will be well pleased with a shower,beds to themselves and escaping “Frau Brown” and her boat rules!! We’ve loved having you, miss you already & see you in Panama…. 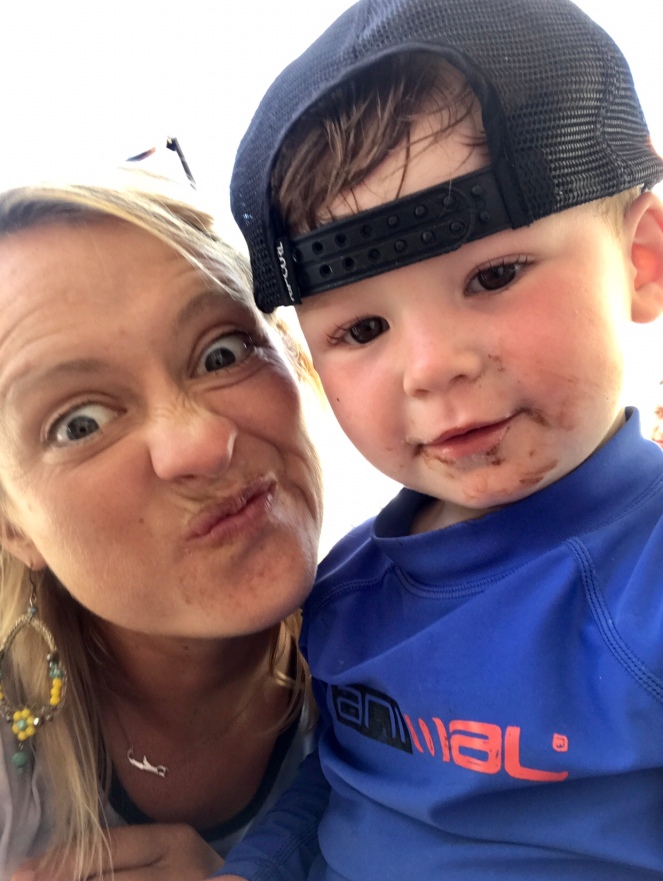 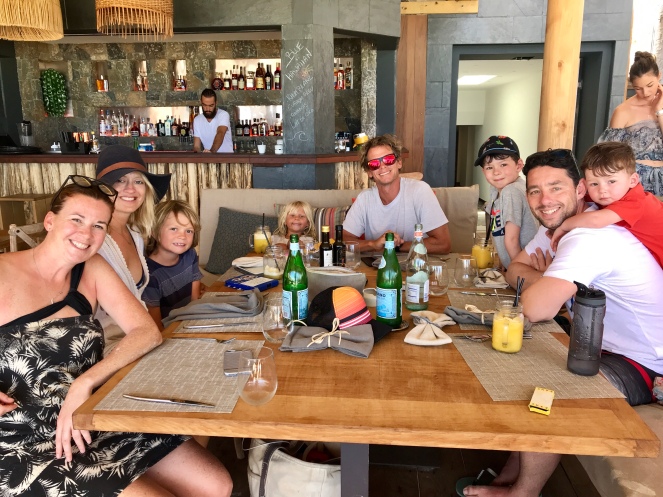 One thought on “St. Barths”