Yesterday we saw a pod of dolphins off the bow of the boat. It was late afternoon around 4:30 off Grenada. It looked as if they were feeding or looking for food atleast. First they did a bit of surfing off the bow waves but got bored. We got a few pictures off the stern and bow. The first thing they did when they saw us was to swim straight towards the bow and then they turned around at the end of the bow and started surfing. Then one swam down to where we couldn’t see it and then swam back out to sea. There were around 10 dolphins. It was pretty cool to see a whole pod of dolphins again. 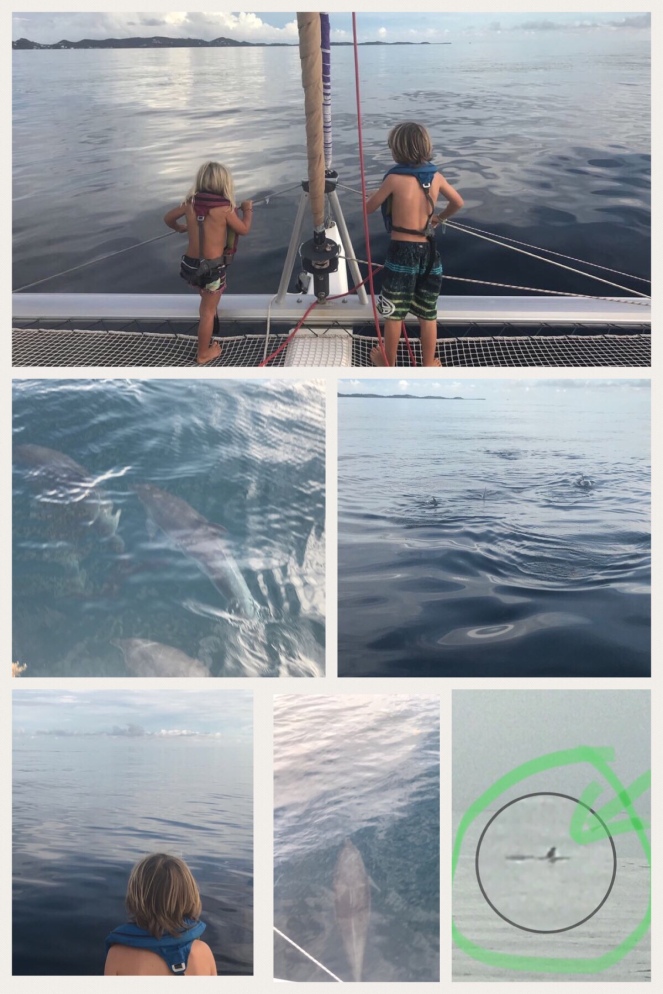 There’s a monster rat in Montserrat.

It is half bat. It lives in a cave. I hope it will be my slave.

A wave of terror washed up onshore when the rat ate Montserrat to its core.

The volcano awoke and poured out smoke which made everyone choke. 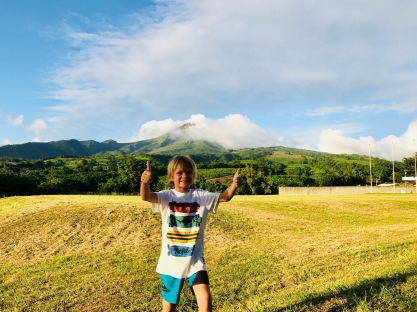 Yesterday we visited mount Pelee Volcano museum in Saint-Pierre, Martinique. The volcano threw massive rocks and boulders for miles when it erupted in 1902, there was lots of gas that killed everyone in the town. This was called pyroclastic flow, but the people were expecting lava. Only two people survived, a prisoner who then travelled with the circus and a man who lived on the outskirts of the city.

3 days before the deadly eruption, which killed 28,000 people, the sugar mill was destroyed by a mudslide. People thought they were safe. There was an election so people were staying for it, also the women and children had returned for church that morning. The city was important and was the capital. 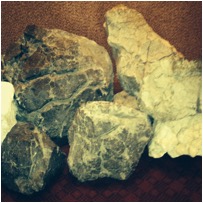 The last eruption was in 1929. The volcano is still active but dormant. Now there is only 5000 people living in Saint Pierre and some of the ruins are still there, as well as cannons. 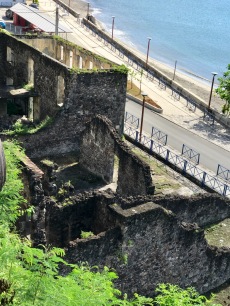 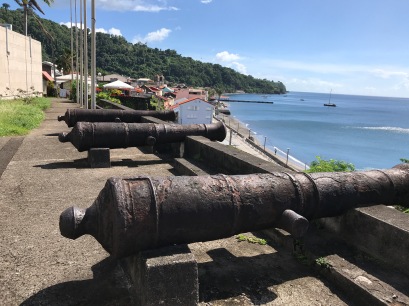 Once upon a time there was a boy named James. He was having lunch at his friend’s house, when he found a door. He opened the door and he found what was inside. There was a gigantic humungous world of dinosaurs! He took a look around and then he found one named Rex. He was a T-rex with huge teeth that were as sharp as knives, his colour was green, his tail was 15ft long and he was as long as a football field. James asked if he could hop on and Rex said, “Yes, of course!”.

On their journey Rex and James found a couple of other dinosaurs that weren’t very friendly. They were rude to James and called him names. Suddenly they saw a dinosaur twice as big as Rex! He was half raptor and half T-Rex, his name was Jack. He knocked James from his seat on Rex. James fell on his back and he hurt himself really badly. The dinosaurs started fighting. Rex didn’t have much of a chance because he was a T-Rex versus a highbred.

Soon raptors appeared out of nowhere. One was named Blue, one named Red and one had a scary head. Two raptors joined James and one joined Jack. Then an anchliosaurus helped Rex. Now the indominous, Jack, doesn’t stand a chance. The T-Rex tried to bite his neck but Jack fought him off. Then a club tail hit Jack right in the head nearly knocking him out, but he was now very weak. The second attack hit. The next attack would surely knock Jack out for good.

After the fight the anchliosaurus told the dinosaurs his name. It was Frank, but there was still one thing left in the fight. The raptor with the scary head just hit James. He got a big scar like a lightening bolt on his forehead. Then Frank hit the raptor with the scary head back. Frank, James, Rex, blue and Red were working together now to overcome the evil dinosaur. They won.

It was big and strong hurricane the rain gets very loud and the wind howls. I was actually asleep in this one. Before the hurricane I was excited . I didn’t know people could get hurt.

1 have an evacuation plan

2 keep away from rising water

5 board up doors and windows

What happened to the places we’ve visited….

Our friends boat sunk-him and his cat are ok. But we haven’t heard from Jenny Steel….

Cars, streets are broken away. Houses are trashed.

Nanny Cay is ruined I can’t go back to Saba rock.

*we have recently heard that Jenny is safe.*

Today we went spear fishing in Carlisle Bay, I nearly shot a snapper then we went back to Falmouth Harbour. There is a tropical storm coming tomorrow so we are going to stay in the marina. I’m excited about going back because my friends are there. 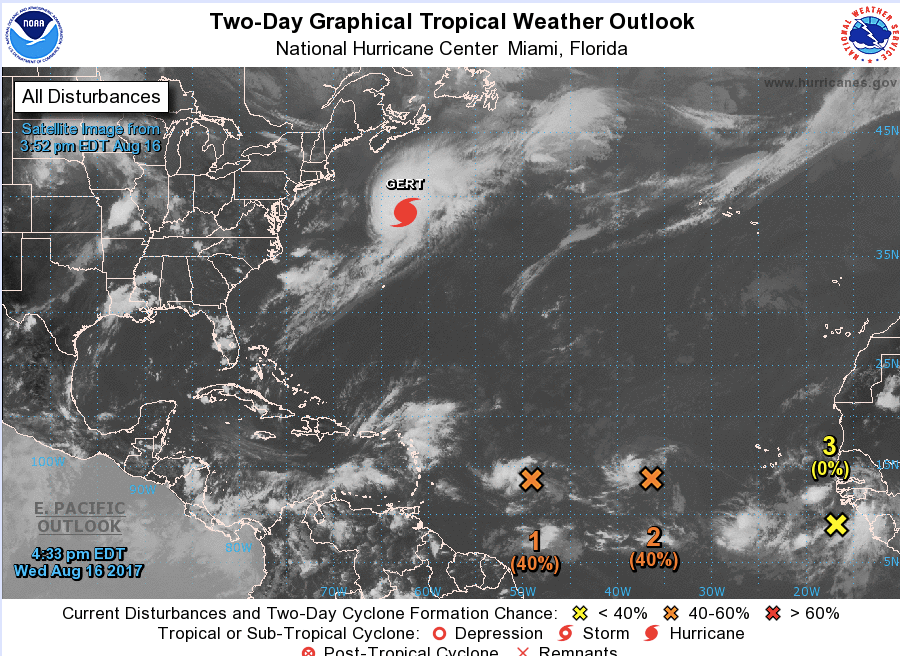 My favourite thing about Antigua was going to Green Island and Shack giving me a spear for fishing. Meeting some boys was nice. 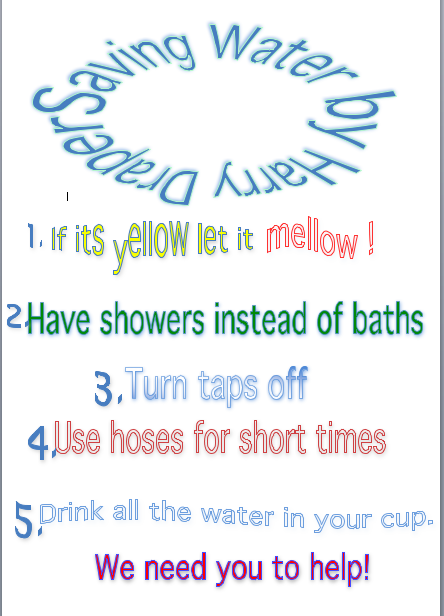 On my boat we use water for a lot of things.

We have showers with it… 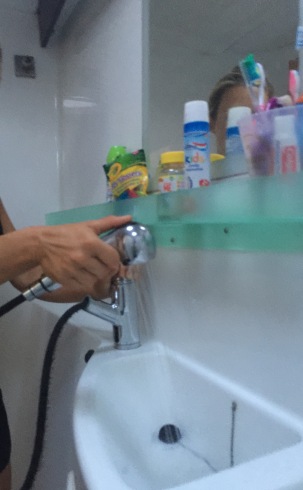 We drink with it…. 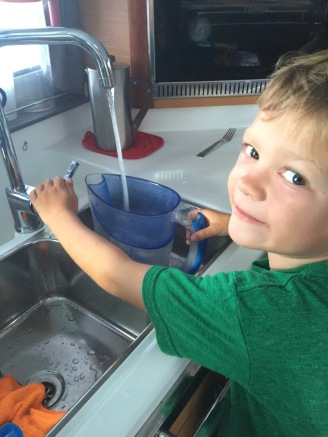 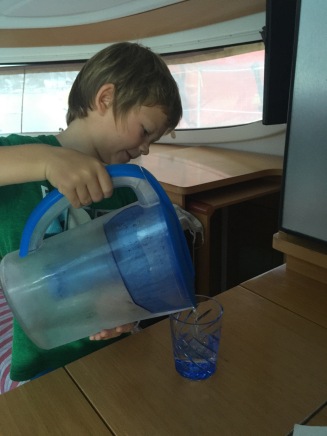 We cook with it…. 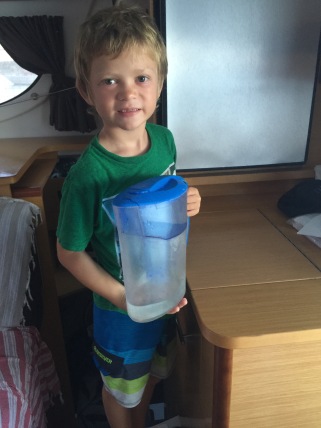 We use the toilet with it… 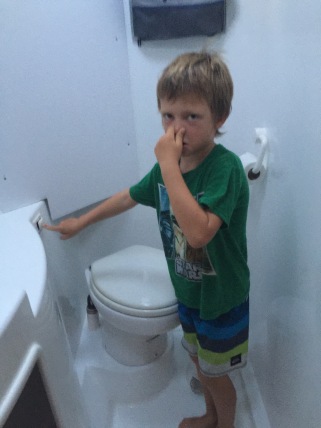 For washing the boat we use seawater or sometimes we use a hose in a marina but this costs money. 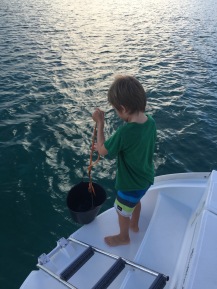 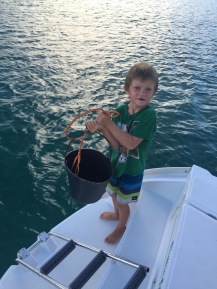 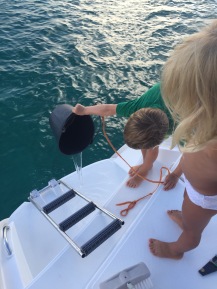 To make water we use a water maker. We need fuel for this and we have to use the generator to generate power. If it breaks we have no water. We have to go to shore and fix it. We could fill the tank with water in a marina instead. 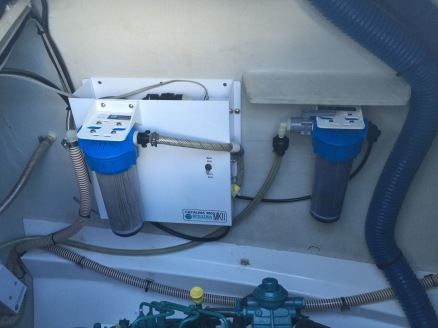 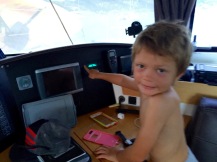 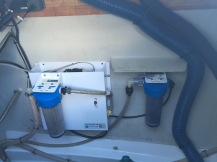 We don’t have much water so we have to save it.

So sometimes people use the bathroom off the boat to save on flushing! We turn off the taps when we are done. We only have short showers. 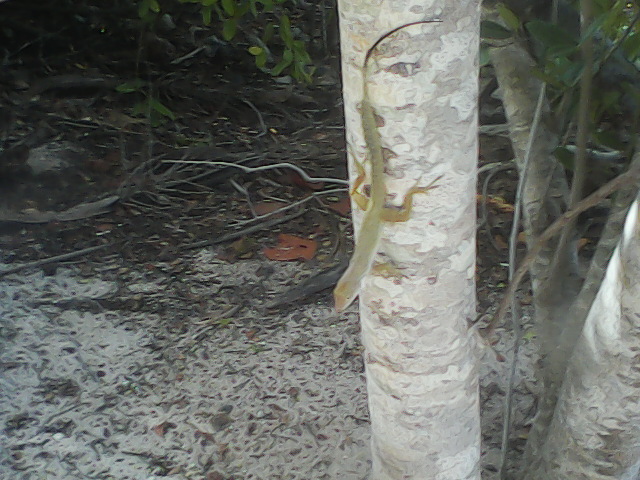 Today Mummy, Lily and I went to Sandy Cay Island and we explored. We saw lots of animals, plants and birds. One of the plants was a cactus with a big yellow flower. There were hundreds of hermit crabs. They were camouflaged by the red and green leaves. I also saw a giant pelican diving into the water to catch a fish. My favourite animal was the iguana. My Mum thinks it was a lizard. We then swam back to the boat. There was a lot of current.